Hoosick NY Real Estate includes Buskirk, Eagle Bridge, Potterville, Trumnville, Walloomsac, Hoosick Falls and White Creek Station.  The north town line is the boundary of Washington County, and the east town line is the border of Vermont, the south border is shared between the Towns of Grafton and Brunswick, the west border with the Town of Schaghticoke.   The Hoosic River is an important waterway in the town.  The population was 6,924 at the 2010 census

The beginnings of the Town date back to June 3, 1688 when Governor Thomas Dongan of New York Province granted the Hoosick Patent to Marie Van Rensselaer and her three associates.   The Walloomsac (1739) and the Schneider (1761) patents added to the boundaries.  Early settlement of the patents progressed slowly because of the continual threats of attacks from the French and the Indians during the French and Indian Wars.  The Town’s location was on a major Indian highway, the “Great Eastern Trail”, which was used by the Algonquins and Iroquois.

The village center is listed on the National Register of Historic Places as Hoosick Falls Historic District.  Painter Grandma Moses is buried in the village.   The site of the British entrenchments at the Battle of Bennington, 6 August 1777, is nearby and is maintained as Bennington Battlefield State Historic Site.

The most historical event to occur in the Town was the Revolutionary War Battle of Bennington which was fought on and about a hill top in Walloomsac.  Here, General John Stark, Colonel Seth Warner and the Green Mountain Boys defeated some of Europe’s best regular soldiers.   The result of this battle was disastrous to General Burgoyne’s campaign, and contributed more than any other event to his final surrender at Saratoga.

The largest and most important village in the town of Hoosick is Hoosick Falls.   It is located on the Hoosick river at the falls, and has one of the finest water powers in the State.   Hoosick Falls was incorporated as a village in 1827, when it had a population of two hundred.  The village of Hoosick, sometimes known as Hoosick Corners, originally was an important point in the old stage line running from Troy to Bennington, Vt..

In 1852 a blacksmith named Walter A. Wood began manufacturing a reaper in Hoosick Falls.  By the 1890s the Walter A. Wood Mowing & Reaping Company was the largest farm machinery manufacturer in the world, taking up 85 acres (340,000 m2) on the west bank of the river.   The Wood Company closed in 1924, mainly due to the introduction of John Deere’s revolutionary self-propelled farm equipment.   The Tibbits butter factory was established about 1871.

We are proud of the Town of Hoosick. It’s a vibrant community, filled with art, history and industry – a great place to raise a family!

North Hoosick is located on the Troy & Bennington railroad and the Walloomsac creek.  A carding mill was established there about 1807 and subsequently operated as a woolen factory, flannel factory and shawl mill.   Other hamlets included Eagle Bridge, Walloomsac, Buskirk, West Hoosick, Trumanville, Potter Hill. 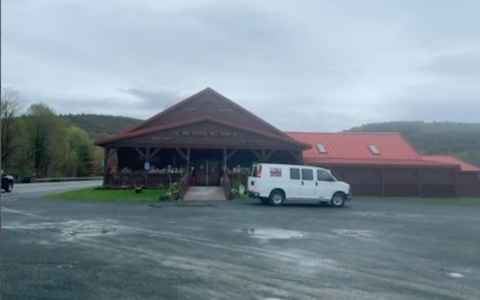 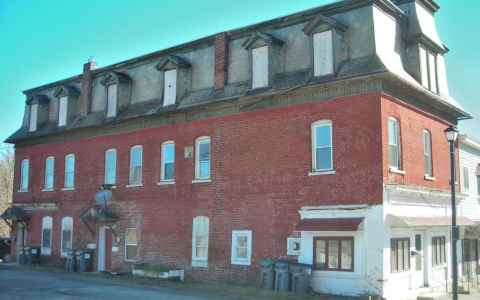 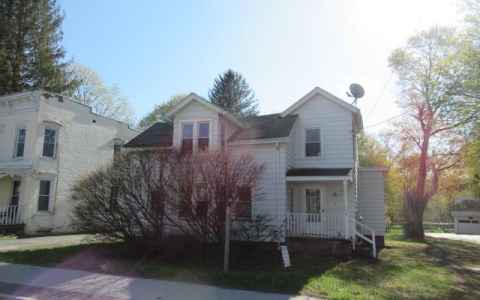 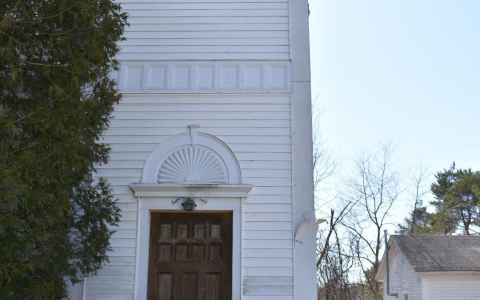